Everything Gets Treated The Same 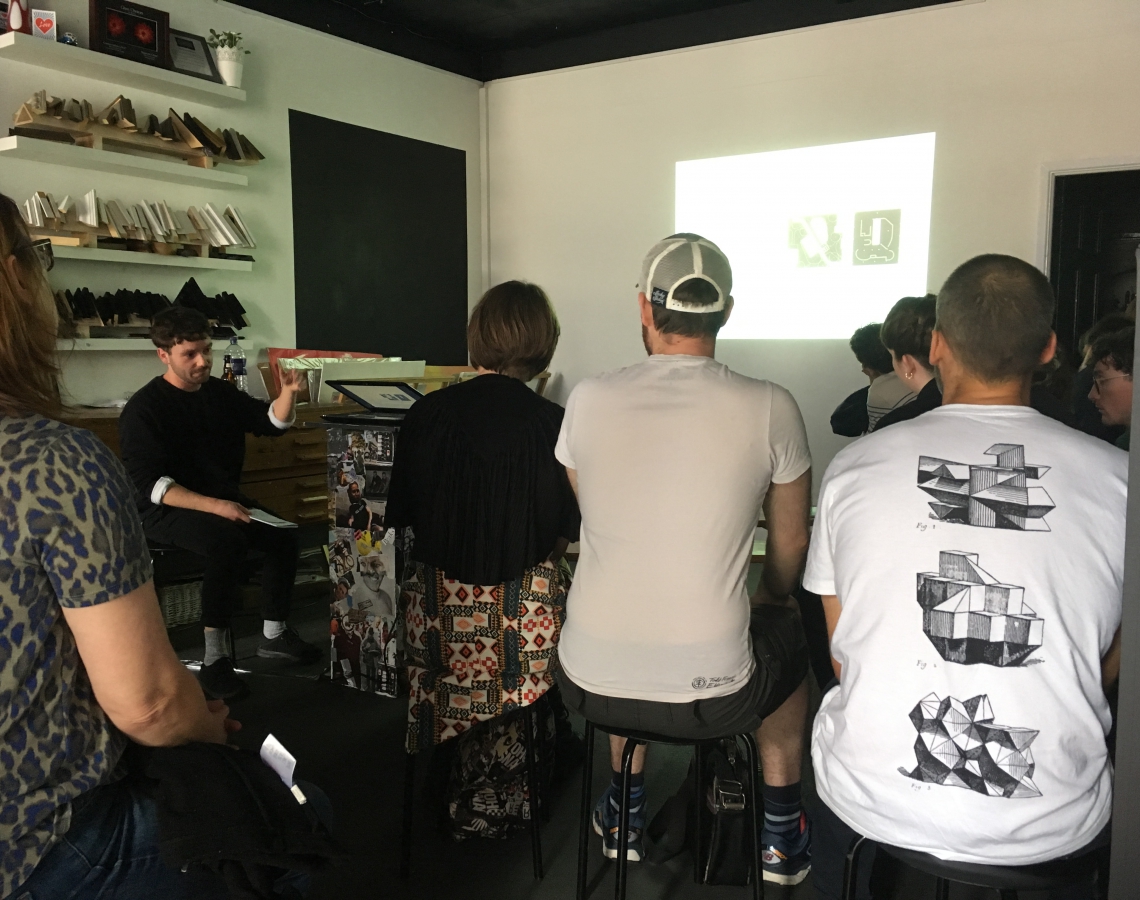 I've just returned from Ben Weir's book lauch of 'Everything Gets Treated The Same' at Framewerk gallery in Belfast.

Artist/architect Ben Weir describes it as 'A book about the death of buildings', a rumination rather than a call to arms, a love letter rather than a manifesto, on the recent and not so recent development of the city fabric of Belfast.

To quote the blurb for the book launch: "Artist/Architect Ben Weir has collated a series of photographs of demolition in Belfast over the past few months, taken entirely with an Ilford disposable b&w camera carried in his right coat pocket. Paired with poetry, sketches, thoughts and inquiry, the book forms an understanding of the City as a constantly changing organism, calling into question methods of redevelopment. Criticizing the kind of bland retail and developer-led approach that is diluting the quality and character of our city, the book aspires for people to value our cities and buildings as cultural artefacts, rather than passive backdrops or machines for profit."

Towards the beginning of this thoughtful presentation, Weir urges us not to be 'nostalgic' about the rebuilding of the city, citing the levelling of the White Linen Hall in 1896 to make way for Belfast City Hall which still stands today; and the 'Haussmannian' construction of the Royal Avenue boulevard, both efforts coinciding with Belfast attaining city status in 1888. However, as the talk progresses, I suspect his is a conscious and necessary suppression of nostalgia as he laments the buildings that have fallen victim to ill-thought-through planning decisions and developers' focus on maximising profit. Weir shows slides of buildings, recently torn down (despite being about to be listed) which were constructed, he argues, as part of an integrated plan for the city and made to last hundreds of years, contrasting with today's projected 50-year lifespan for new buildings. The title of the book is illustrated by the proposal for a building opposite St Anne's Cathedral, Belfast, which is identical to a building in Milan and a third city. It seems to me like a grotesque homogenisation of today's city; Weir shrugs at the banality of it all - 'it's all just the same'.

The presentation covered many concepts - buildings that are designed to age, buildings born out of debt rather than wealth, and a wonderful case for concrete as a sustainable building material citing the Pantheon in Rome - which was built almost 2,000 years ago, with a concrete dome, and still exists today as a place of worship. He also made the case for stripping buildings back to their concrete frames and adapting them – citing recent examples such as the Stirling Prize nominated Park Hill in Sheffield. I hadn't heard of this approach before and it struck me as the opposite of 'facadism', or 'facade retention, where buildings are gutted and reconstructed from the inside - to paraphrase Ben, with little if any dialogue with the architecture of the past or the original function of the building.

'Everything Gets Treated The Same' is a 52-page, digitally-printed, perfect-bound book of photography, poetry and more. It costs £10. You should get it – find out more at www.benweir.co.uk