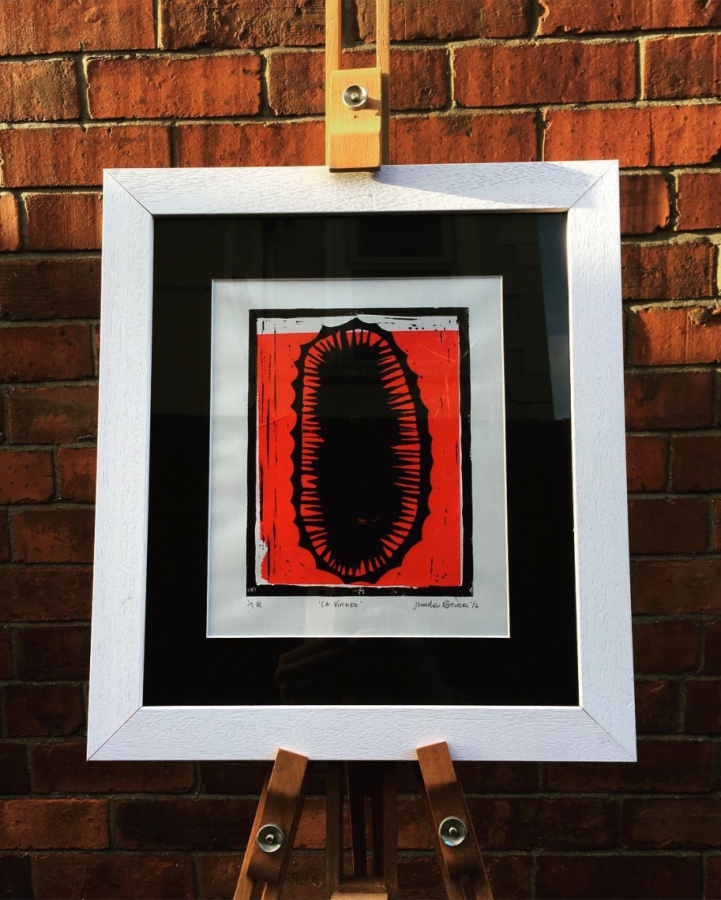 “In 2016, my brother Dylan – a poet, academic and long-term Mexico City resident – presented me with a series of non-fiction chronicles of his early days travelling all over the country. Familiar with my linocuts and monotypes, he asked to make images based on his words. I had total freedom to create anything I wanted, as long as there was more or less an equal distribution of images throughout the collection of texts.

Having been to Mexico on two occasions, a Spanish speaker and familiar with Mexican and South American literature, the text triggered mental images from the short stories of Rulfo and Borges, Huichol and Zapoteca folk art, Christian iconography and Mexico’s special take on Christianity in general e.g. the Day of the Dead, the cult of La Santa Muerte, etc.”

Recent focus in the media on Mexico makes this exhibition timely. According to Brennan:

“Like many countries, Mexico has its problems, but the current disparaging and bullying discourse from its northern neighbour belittles the richness of this ancient and complex place, full of life and death and endless, delirious contrasts. I would like in some small way to reflect on this injustice while not flinching from portraying the country’s darker sides”.

‘Guadalupe & Other Hallucinations’ the book by Dylan Brennan is available as a digital download from The Penny Dreadful:​ http://thepennydreadful.org/index.php/guadalupe/