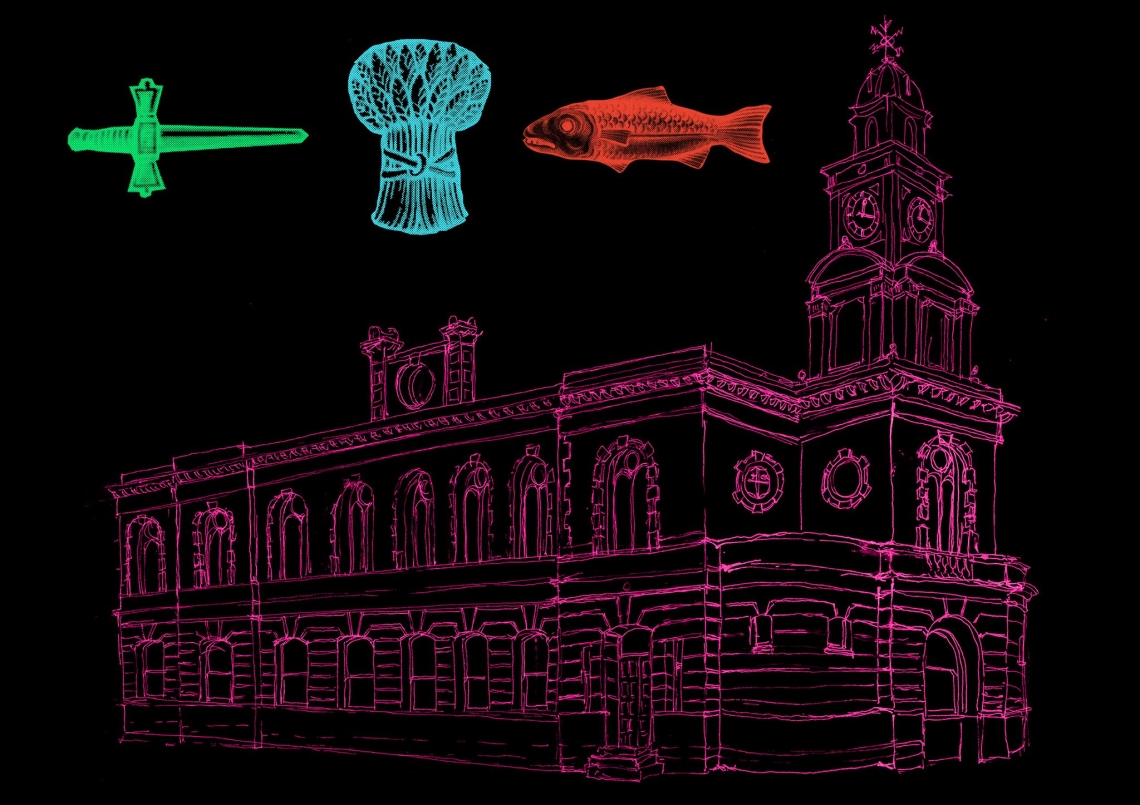 North by North is an exhibition of new work by multi-disciplinary artist Jonathan Brennan created specifically for the Riverside Theatre in Coleraine. Working in pen and ink, print, photography and digital, Brennan has been travelling around the ‘Causeway Coast & Glens’ area over a series of months making images of things that inspire him. From past and present man-made constructions – the Mesolithic site at Mountsandel, an ice house near Fair Head, street signs, shops and local typography – to natural phenomena – untouched beaches, flora and fauna on cliff top paths, disappearing lakes – as well as delving into music, characters and the artist’s personal travelogue, the show is a fresh perspective on known and lesser known places in this part of the world.
The title refers to the often overlooked area that the exhibition focuses on, in the north of Northern Ireland; and also how the artist, originally from Dublin, is looking at the north as someone who has made his home here. Follow Jonathan’s progress on www.jonathanbrennanart.com and social media via the hashtag #NorthByNorth2018