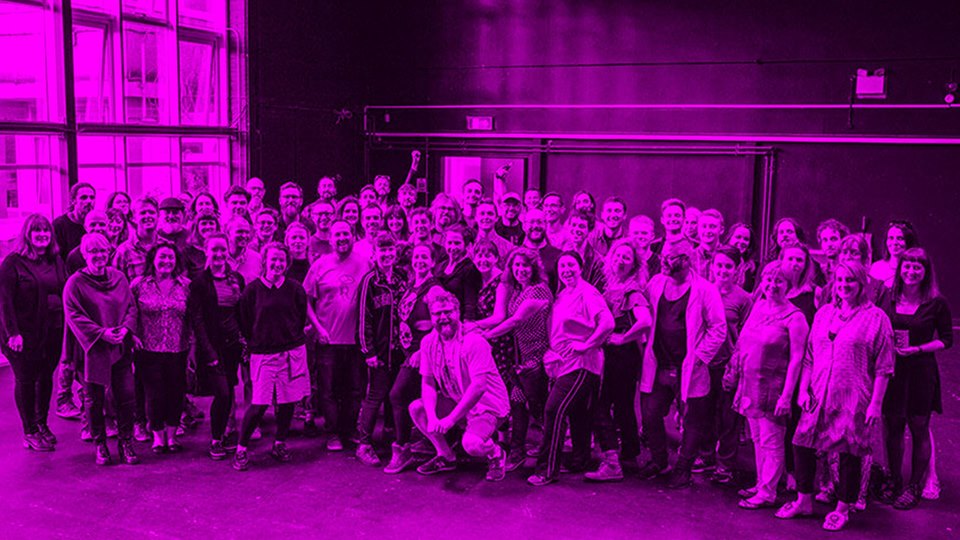 Vault Artist Studios began as the Belfast Bankers in late 2016. Adam Turkington received a mysterious email that contained an extraordinarily generous offer: would he be able to make use of an old Ulster Bank building in East Belfast for a year? ‘Yes’ was his immediate reply.

23 artists gathered together and set out to make as much happen as they could within the limited time they had been given. By design, the group was an eclectic mix of visual artists, musicians, performers, writers, and beekeepers that quickly
became a tight knit community with a shared purpose. From the outset they had a vision to be highly public-facing and their low studio rents (priced to cover just the running costs of the building) would be accompanied by an obligation to give their time and skills to the community.

The ‘Bankers’, as they became known by word of mouth, secured charitable status in mid-2017 and by necessity became ‘Vault Artist Studios’ (the word ‘bank’ or variations of it being protected under company naming legislation).

Eventually the day came when they had to leave the bank. After a couple of false starts, and generous offers of alternative buildings, the opportunity arose to take over the old Tower Street Campus of Belfast Met. Another temporary license to use the building meant that the fire to make something different and exciting happen was reignited.

They quickly doubled in size by inviting artists that had already become de facto Bankers to officially join them and subsequently, after an open call for applications, their number swelled to 99. Members were carefully selected to ensure the multi-disciplinary mix was maintained and again there was an
understanding that non-financial contribution to the community was expected.

When you have so many talented artists working together in one building, it is inevitable that sparks will fly and new and unexpected work will be made. This exhibition at the Golden Thread Gallery shows several collaborations between Vault Artists during their first six months in Tower Street. I showed my video / music collaboration with Neil Foster: 'Hiraeth'.